Last weekend in Hutchinson, MN.  There was an outbreak of orange.  It happened at the McLeod County Fairgrounds, July 26th – 28th.

I don’t think I’ve seen so much orange in one place before.  Of course I’m talking about the Orange Spectacular which is a gathering of Allis-Chalmers enthusiasts.  It was different than a lot of antique power shows I go to.

It had old tractors, plowing and threshing and baling, but there was also a lot more memorabilia for sale, there was a real cafeteria serving what must have been great food.  When I thought about getting something to eat the line was out the door of the building and not moving to fast.  There we’re vendors with stands as well, so I didn’t starve.

There we’re many demonstrations on hand.  There was a tractor being restored on site.  Custom painting and all.  There were demonstrations on magnetos and other tractor parts in little mini seminars held in one of the buildings.  There was a large assortment of balers, plows and other equipment on hand.  Usually you only see a few of these, it’s mostly about the tractors, but this show had a lot of machinery.  Along with that, several folks were selling fenders, hoods and assorted tractor parts.  I’m told that if you had an old Allis and couldn’t find what you needed here, you weren’t looking too hard.  Friday night capped off with live music.

I went to the show on day 2, Saturday.  The weather was nice, but cool with a mix of clouds and sun finally becoming overcast in the afternoon. 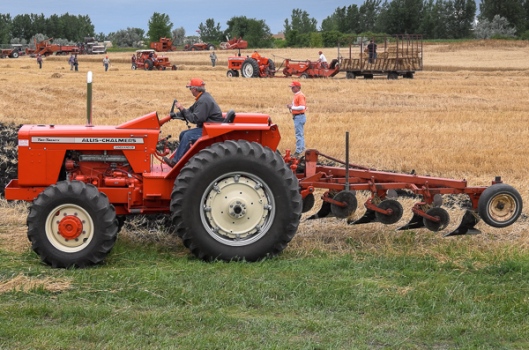 Lots to look at and buy 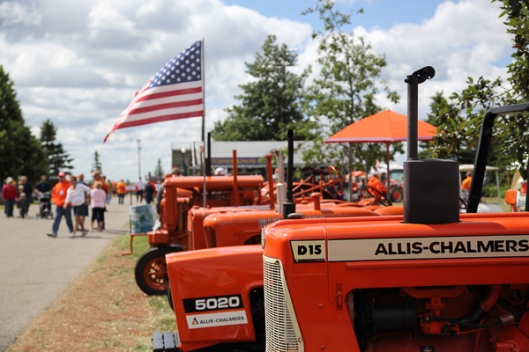 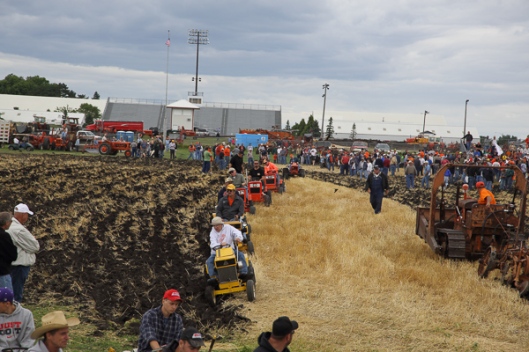 Plowing with the Garden Tractors

There was obviously a lot to see.  It was a well organized show.  I’d encourage you to check it out next summer.  You can read more about it here  http://orangespectacular.com/